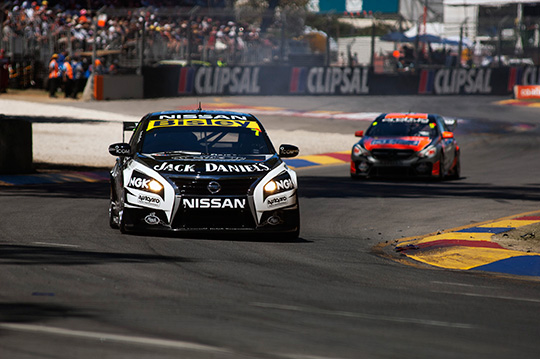 The prospect of racing in Geelong could become a reality after V8 Supercars and the mayor of Geelong announced their support for plans to hold a waterfront street race in the Victorian city.

Preliminary talks between Geelong authorities, V8 Supercars offcials and a third-party promoter have been revealed by Australian newspaper, The Age, which states the aim is to hold a V8 Supercars race around the city’s waterfront by 2016.

V8 Supercars has thrown its support behind the plan, but CEO James Warburton believes that state funding will also be required as “street races are expensive beasts”.

Warburton says he would love to bring a race to Geelong due to V8 Supercars’ success in regional cities where they “tend to come to town and really dominate the town”. He also claims that Geelong will also profit from hosting a V8 Supercars event as it will benefit the city’s economy, particularly in the hospitality sector.

Warburton did downplay the likelihood of the event happening anytime soon however, as he describes talks as being “mooted” for the moment.

“It’s absolutely something we’d support 100 per cent, but the likelihood of that getting up is – in my view, in the short term – probably unlikely,” Warburton told The Age.

Geelong mayor Darren Lyons is right behind the event, telling The Age that he is a “bit of a car nut”.

“Major events are a really big thing for me. We have to bring great events here to attract people to this great city.”

Geelong is not the only city in line to host a new street circuit as both Newcastle and the Central Coast have been linked with proposals as well. Also under consideration is the construction of brand new circuits in the Queensland city of Toowoomba and Tailem Bend in South Australia.