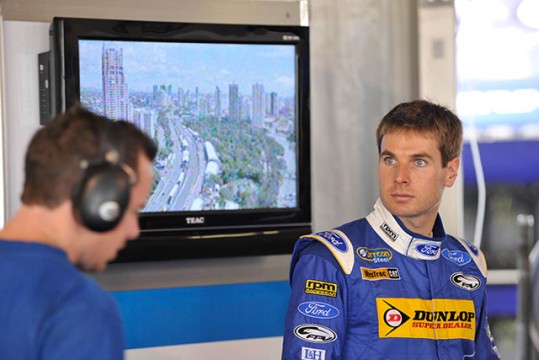 Power returns to Orrcon Steel Racing after having contested two rounds behind the wheel of the Orrcon Steel M-TEK 004 – Ford Falcon AU in 2002 at Queensland Raceway and the Bathurst 1000.

Born and bred in Toowoomba, about 2.5 hours west of the Gold Coast, Power has some unfinished business at Surfers Paradise having taken pole at the event three previous times in an IRL or Champ Car. Power’s signing completes an impressive line-up for the team as he joins ex-Formula 1 drivers Mika Salo and Nick Heidfeld.

The 2011 Izod IndyCar Series Mario Andretti Road Course Champion was set to partner Winterbottom last year until an accident in his final race of the season prevented him from making the trip. He raced with FPR in the event’s inaugural year in 2010 where he paired with Winterbottom’s current endurance race partner, Steve Richards.

“I am really looking forward to coming back to the Gold Coast this year as it is now the only chance I get to race in front of a local crowd,” Power said. “Last year’s events aside, I have enjoyed racing at Surfers Paradise for many years and it will be great to team up with Frosty who won there last year in the car I would’ve been in.

“We are in with a real chance again given the season the team is having and to be driving in the same team as my mate Will and the likes of Mika and Nick is pretty cool. I think we are going to have a lot of fun.”

FPR Team Principal Tim Edwards is pleased Power is able to come back and race for the team after showing such promise in 2010.

“Will is one of the great drivers in the world right now and while we’ve all seen what he can do in an IndyCar his form in a V8 Supercar two years ago was equally impressive,” Edwards said. “I’m sure he will quickly be back on the pace again this year and with familiar team-mates and engineers it will be like getting the band back together.

“Nobody deserves a win on the streets of Surfers Paradise more than Will so I’d like to thank Roger Penske for allowing him to drive for us and hopefully we can repeat last year’s efforts and get him the win he so badly deserves.”

Armor All Gold Coast 600 is supported by the Queensland Government through Events Queensland as part of a growing calendar of sporting, cultural and regional events across the state.