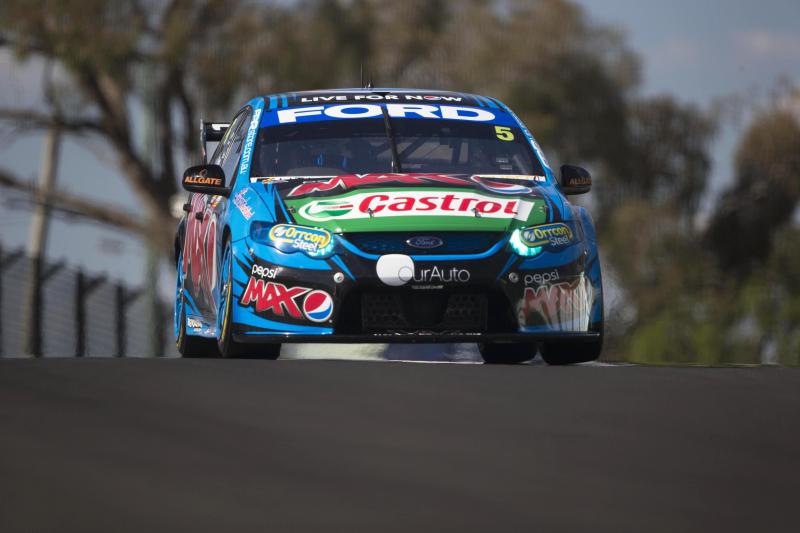 Ford Australia has confirmed that it will withdraw from the V8 Supercars Championship at the end of the 2015 season.

Ford has said that it will continue to support teams competing with Falcons for the 2015 season but will not provide any funding from 2016 onwards.

“As we continue to transform our business, we would like to share with you news that will break soon on decisions we are making to ensure a bright future for Ford Australia,” said Graziano.

“This afternoon, we will announce we will provide support to teams racing Ford Falcons in the 2015 V8 Supercars series but will not renew our sponsorships after the 2015 season.

“We are electing to invest our funds to continue expanding and refreshing our product lineup while delivering a leading consumer experience.

“You will hear much more about this investment at our “Go Further 2020: Experience the Future Today” event beginning next week.

“There has already been a lot of speculation and confusion about what this means for Ford going forward. Let me be clear about a few key points:

“Performance is part of our DNA, and will continue to be, as we increase our vehicle offerings and enthusiasts look for a wider range of performance models such as cars like Mustang, Fiesta ST and Focus ST.

“Ford is proud to launch the FG X Falcon, including building on our performance heritage by racing the new model in V8 Supercars in 2015.

“This decision is not a short-term plan as we transform our business.

“We are proud of the teams and our history in the series but have made this decision so we can move forward by focusing all of our attention on our great products and consumer experience.”

V8 Supercars CEO James Warburton spoke of his disappointment with the decision.

“Some time ago, we called on Ford to clarify their position for 2016 – which they have now done,” said Warburton.

“Clearly we are disappointed in their decision to cease financial support for FPR beyond 2015.

“We understand things are tough at Ford at the moment, but were hopeful they would continue to see the enormous brand value our sport has to them, not to mention decades of Blue Oval racing heritage – particularly at a time when we are growing so strongly.

“In any case, we look forward to welcoming Ford back to our sport at some time in the future.”

Prodrive Racing Australia, which runs Ford Australia’s factory team, Ford Performance Racing, also released a statement detailing its plans for the future, which may include racing the FG-X Falcon up until the new regulations are introduced in 2017.

“Ford Australia’s decision to not extend its commercial relationship with our team beyond the end of next season is extremely disappointing for our large and loyal fan base, but as a business this decision now allows us to concentrate on our long-term future,” team principal Tim Edwards said in the statement.

“We have enjoyed a highly-successful relationship with Ford Australia with just shy of 50 race wins, 150 podiums and the last two Bathurst 1000 crowns together.

“This on track success, along with the engineering and commercial strength that underpins our racing activities, provides us with a very viable business and a strong platform for our future in the sport.

“We will run the new FG X Falcon next season as planned with support from Ford, and we’ll possibly campaign the car in 2016 ahead of the major regulation changes coming from 2017.

“Now that we know where we stand we can further develop other opportunities. We have a range of options, some existing and some that were awaiting this decision, so we can now begin to explore these further.

“Whatever happens, I know our loyal fans will support our team whatever direction we take.”

“When [fellow co-owner] Rusty French and I purchased the team two years ago we did so because we saw a strong and diverse business, filled with vibrant people and all with a desire to succeed,” Nash said.

“That hasn’t changed today and nor will it based on the decision of one of our commercial partners. We have a broad revenue base and this decision does not weaken the viability of our business.

“Our team of people have been working tirelessly, with support from V8 Supercars, to ensure a blue presence in our sport so while we don’t agree with today’s decision, we have no choice but to accept it.

“While I sympathise with the legions of Ford fans, they are also fans of our team and our drivers, so whatever direction we take we firmly believe that support will continue.

“Our immediate focus is of course this week and finishing off the season strongly in Sydney. We want to secure Mark second in the points and try and top off Chaz’s Bathurst-winning year with more success.

“Once we’re done in Sydney we can begin working on the future and exploring our range of opportunities.”