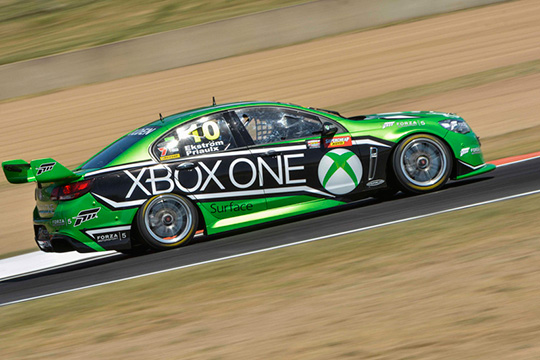 V8 Supercars is targeting an increase in the grid size for the Pirtek Endurance Cup events, announcing a call for wildcard nominations.

Following a reduction in the V8 Supercars Championship’s grid size to 25 this year, the call for applications comes ahead of what could be the lowest car count at the Supercheap Auto Bathurst 1000 in the history of the race.

Entries were called for today to be submitted by 30 June.

V8 Supercars stipulate that the entry must be either from a current V8 Supercars Championship team operating a car for a third party or its own additional car, or from a Dunlop Development Series team running a car that complies with the eligibility requirements.

Applications from outside parties will be acted on at the discretion of V8 Supercars provided they comply with the regulations.

V8 Supercars had considered allowing a second tier class for Dunlop Series competitors, but have instead decided to limit entry to V8 Supercars that meet the 2014 regulations for the main series.

Wildcard entries will be considered as a separate team from the regular main game teams. A single wildcard car entry will share a pit bay and boom with an existing single-car team, or in the case of two wild card entries they will be paired on pit lane with their own pit bay and boom, while three or more pairings will be at V8 Supercars’ sole discretion.

A sole wildcard entry competed in the 2013 Bathurst 1000. Entered by Triple Eight Racing Engineering, but run separately of its Red Bull Racing Australia cars, the Xbox One Racing Holden was driven by DTM drivers Andy Priaulx and Mattias Ekstrom, with Triple Eight technical director Ludo Lacroix as the car’s engineer.

Earlier this year, Nissan Motorsport suggested that a wildcard entry could be on the cards as part of Nissan’s GT Academy.