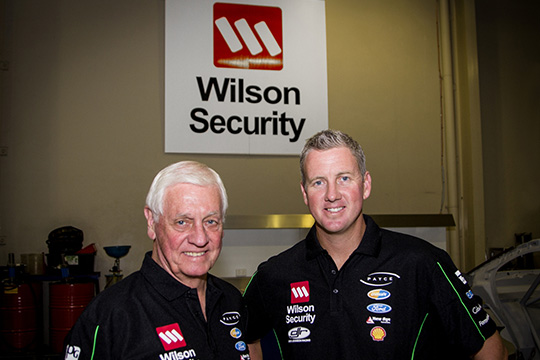 Dick Johnson Racing has confirmed its co-driver line-up for the 2014 Pirtek Enduro Cup, drafting in Dunlop Development Series driver Ash Walsh to partner Scott Pye in the #16 entry, while Steven Johnson will return to the family fold alongside David Wall in the #17 Wilson Security Falcon.

After driving for Erebus Motorsport for the 2013 Endurance Cup, Johnson returns as one of the standout performers in last season’s co-driver ranks.

“Last year was tough for DJR, but personally I felt working in another team did my overall approach and driving a lot of good,” said Steve Johnson.

“It gave me a different perspective working with new engineers and seeing how another team went about it.

I can see that DJR has also developed really well since I was last in the car, so it is great to be back with the team.

“I hope now I can bring some real benefit to David and the boys and really help DJR and Wilson Security capitalise on the support they have given the team. We head into 2014 in much, much better shape than last year.”

Walsh returns for a second season at Dick Johnson Racing after partnering Tim Blanchard in 2013.

“It’s great to be back with DJR and in the same car!” Walsh said.

“I can’t thank Dick, Ryan, Steve and Campbell enough for their faith in signing me again.

“It’s getting so hard for the Dunlop Series guys to get an enduro gig, but to be asked back to drive again is just fantastic.

“Scotty is a great mate of mine and I am sure we can really do the job for Wilson Security and DJR.” Walsh added.