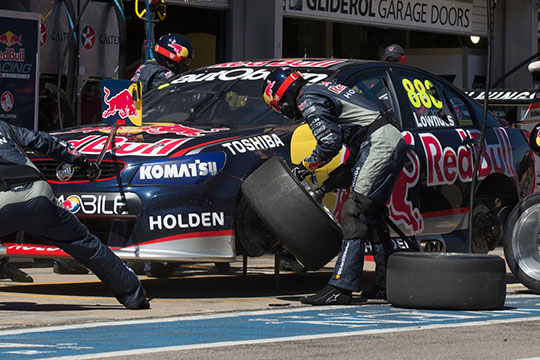 V8 Supercars has announced it will impose a minimum number of pit stops for each of the three upcoming Pirtek Enduro Cup races in a bid to achieve better parity amongst all teams.

A minimum of four compulsory pit stops for all cars has been mandated by the Board of V8 Supercars at this weekend’s Wilson Security Sandown 500, with the V8 Supercars Commission set to announce stop requirements for the Supercheap Auto Bathurst 1000 and the ARMOR ALL Gold Coast 600 at a later date.

All cars will run the regular E85 fuel blend despite the V8 Supercars Commission reiterating it had found no conclusive evidence of any material power increase resulting from the E70 ethanol mix tested in the Nissan and Mercedes entries at Winton 360.

“The Commission believes this is the appropriate method to minimise the effect of the current fuel economy variance that exists ahead of these three critical endurance events,” said V8 Supercars general manager of motorsport Damien White.

“It was determined that while there was no material gain in power or performance using the lower blend of ethanol fuel, a more effective approach was to ensure everyone was racing on the same basis by mandating the number of pit stops.”