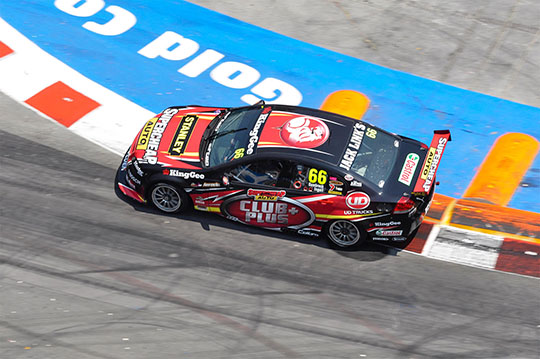 As in yesterday’s race, Dumbreck took the race start and moved up to 11th before making an opportune pit stop for a fuel top-up under Safety Car conditions on lap 13.

The early pit stop opened up the strategic flexibility for the SCAR team, but also resulted in Dumbreck staying in the car for more than half the race to ensure only one more pit stop was required. He rose to the challenge and continued to set very consistent lap times until he finally pitted on lap 57 to hand the car to Ingall for the run home.

“Every lap, I was just learning a little bit more about how to drive the car and how to find a bit of time here and there,” Dumbreck said.

“As a driver, you thrive on challenges like this and you really have to concentrate on what you’re doing. When you come out the other end and you’ve succeeded, it’s a really good feeling. I’m very happy with the day.

“Strategy can really mean a lot in these races, with Safety Cars and everything, and the team worked really hard and were on top of that this weekend.”

Once the pit stop cycle was complete, Ingall emerged in fifth place. The Enforcer defended his position valiantly from Mark Winterbottom and Craig Lowndes, who were both on far fresher tyres, and it took both drivers a number of laps to overtake the Supercheap Auto Racing Commodore.

The flow of the race was disrupted by several Safety Car interventions in the final stint, but Ingall maintained his composure and bagged another solid bundle of points with seventh.

Ingall has maintained his 12th position in the championship and is now just 91 points outside the top 10.

The next event on the 2012 V8 Supercar calendar is Abu Dhabi in a fortnight’s time.