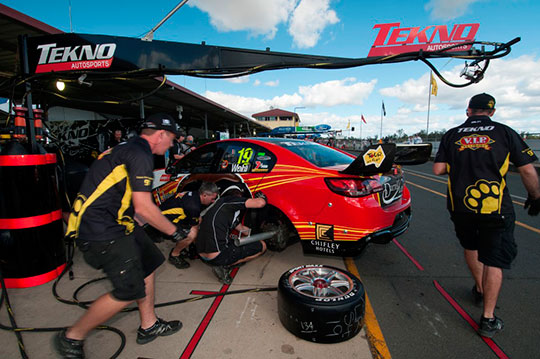 Tekno Autosports team manager Bruce Jenkins has announced his departure from the team with immediate effect.

Jenkins, who had been absent from both the Bathurst and Gold Coast events, has today released a media statement confirming he had formally resigned from his position on 1 November.

The Briton gave no reason for his sudden exit after less than two years in the role, although it is speculated Steve Hallam will succeed Jenkins when he leaves his position as Managing Director at Walkinshaw Racing at the end of the season.

“This is not a decision I’ve taken lightly, especially at this point in such a competitive season,” he said.

“V8 Supercars is one of the world’s leading motorsports categories and I have great respect for the teams, drivers and crews who work to keep this sport on the grid.”

“I have made many friends in the pitlane and I wish Tekno every success for the rest of this year.”