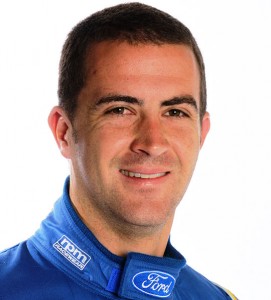 Davison, the elder brother of current FPR driver Will, returns to the series after a year spent racing in Carrera Cup Australia where he finished third overall.

The 33-year-old brings a wealth of experience having driven around the world in sportscar racing for much of his career.

“It is extremely exciting for me to be racing in V8 Supercars again so I thank Charlie for putting his faith in me and for giving me the opportunity to be part of FPR,” Davison said.

“I put all my efforts this year into getting into Charlie’s seat as it was my number one pick and was highly-sought by a number of drivers given the amount of success the team has had this year.

“The Car of the Future angle makes next year all the more exciting and the fact FPR are further ahead than just about anyone else with their preparations gives me a great deal of confidence.

“I am going into the test with a very open mind. I’ve heard what Will thinks of the new car but for me it is a chance to get some laps in before the break and also a chance to meet the team before we start working together properly in January.”

Team owner Charlie Schwerkolt said Davison brought the crucial mix of speed and experience and believes he can be a regular frontrunner now he is in a factory team.

“Alex is a great talent and one that deserves a drive at the highest level so I am very pleased he will be driving my car next year,” Schwerkolt said.

“His experience both in V8 Supercars and the Carrera Cup means we can immediately aim to be a contender at the front of the field.

“FPR’s Car of the Future program is very advanced and alongside the team’s three very talented drivers I think my car, with Alex in it, ensures all four factory Fords will be in the mix from the first race.”

Davison is scheduled to make his FPR debut tomorrow at Winton during the team’s final hit-out of the year where it will become the first team to test three 2013-specification cars.