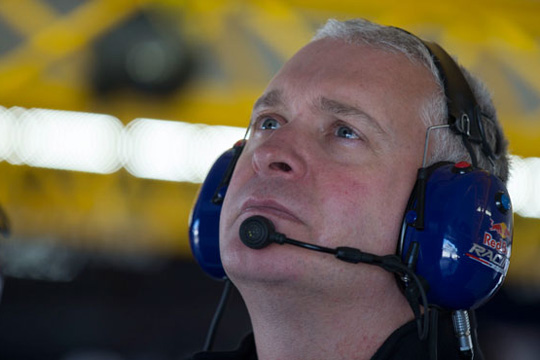 Adrian Burgess has left Triple Eight Race Engineering to take over from Steve Hallam as managing director of Walkinshaw Racing.

Walkinshaw Racing announced that Hallam will hand over the reins of the racing outfit to Burgess at the end of the year, with the news that Burgess, Triple Eight’s Team Prinicpal will leave his position with immediate effect announced shortly after.

“Steve was given the task of rebuilding the organisation, and in a short time he has orchestrated the VF Commodore development and build program, strengthened our management, restructured various departments and operations, and implemented a range of new processes and strategies.

“Steve will leave the team in a much stronger position and with a restored winning culture.”


Burgess is regarded as the best technical mind in the sport with Formula 1 championships and three straight V8 Supercars titles to his credit.

Along with Hallam, he worked in F1 winning World Championships with drivers such as Ayrton Senna and Mika Hakkinen at McLaren.

The Brit moved to Australia in 2006 and joined Dick Johnson Racing as team manager, guiding Courtney to the V8 Supercars Championship in 2010, before switching to Triple Eight Race Engineering the following season where he has overseen Jamie Whincup’s back-to-back titles.

Walkinshaw said Burgess’ appointment was part of a long-term future strategy and would continue to build on Hallam’s success.

“Steve and I have discussed the restructuring progress, and both his and the team’s long-term futures, and formulated a plan around those,” he said.

“We had to ensure the right long-term succession approach and with a limited field of suitable candidates, and interest from one of those candidates, we have brought forward the timeline from that which we had originally identified. Steve will continue in his role until the end of the year.”

“Adrian’s experience, leadership skills and passion for winning make him the ideal candidate to continue to build on what Steve has achieved and lead Walkinshaw Racing into the future.”

In the interim Burgess has agreed that he will undertake six months of “gardening leave” from Triple Eight Race Engineering before taking up the new post, with team owner Roland Dane stepping back into the Team Principal role temporarily, a role he has previously held with great success, winning multiple championships since 2003.