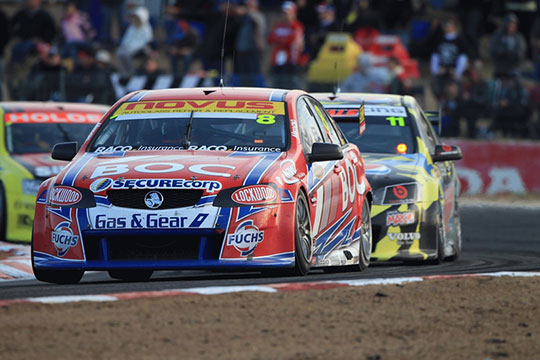 The V8 Supercars head to Winton Motor Raceway this weekend for the penultimate round of the 2012 Championship.

The weekend could also see the 2012 Championship wrapped up. After three wins from three races in Abu Dhabi, Whincup extended his lead to 296 points over Mark Winterbottom and the Championship leader only needs to score four more points than the Ford Performance Racing driver over the two races to secure his fourth championship title.

Should Whincup seal the championship at Winton, it will be the first time since 2002 that the title fight hasn’t gone down to the final round.

TeamVodafone could also clinch the 2012 Champion Team Award this weekend. The maximum any team can score in a race at Winton or the final round in Sydney is 288 points, with 150 for a victory and 138 for a second place. With a 513 point-lead over Ford Performance Racing (FPR), TeamVodafone need to leave Winton 576 points or more in front of FPR to secure its fouth title in five seasons.

Despite its remote location in rural north-eastern Victoria, the track is one of the longest-serving, having hosted the first-ever ‘international Group A’ round of the Australian Touring Car Championship (ATCC) in 1985. The ATCC/V8 Supercars Championship has returned to the circuit every year since, bar 1987, 1996 and 2005 and this year’s event marks the Series’ 25th visit.

Winton is the home test track to over half of the field. There are nine Victorian-based teams and much is made of the ‘home track advantage’, but over the past few years results have favoured the Queensland-based teams with a tally of nine wins in the last 13 races (six wins to TeamVodafone and three to Jim Beam Racing). 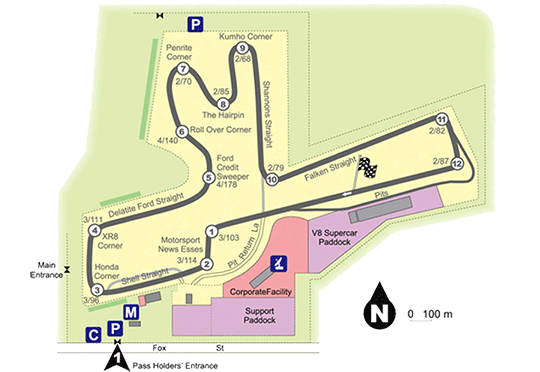 It maybe the slowest circuit on the V8 Supercar calendar with a mixture of tight twisting corners and long fast straights, but the circuit has a history of providing some sensational racing, earning its reputation as ‘The Nation’s Action Track’.

The technical three-kilometre track provides a true test of a car’s handling and each year gives team engineers and drivers a lot to think about to maximise speed and suspension performance.

Tyre Allocation
All teams have been allocated 4 sets of soft and 2 sets of the hard compound tyres with both compounds required to be used in each race.

Last year’s first race was won by Jamie Whincup, but it was Sunday’s race that sticks in the memory. With 20 laps to go, the Team BOC driver emerged 8th. 5 laps later he was fourth with a seemingly insurmountable 15-second gap to the leaders. Incredibly, Bright reeled them in at two-seconds-a-lap, passing Michael Caruso, Garth Tander and finally Jamie Whincup to claim his second win of the year.

In a memorable celebration, Bright was joined on the top step of the podium by his teammate, the late Jason Richards, who was sitting out the remainder of the season due to his battle with cancer.