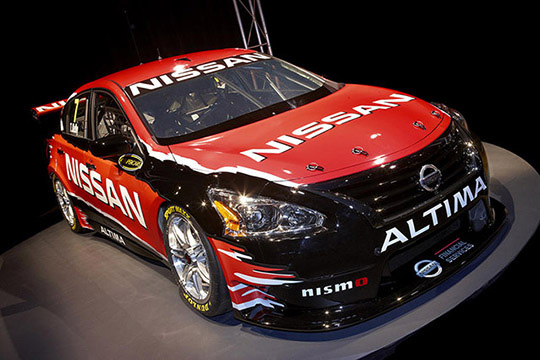 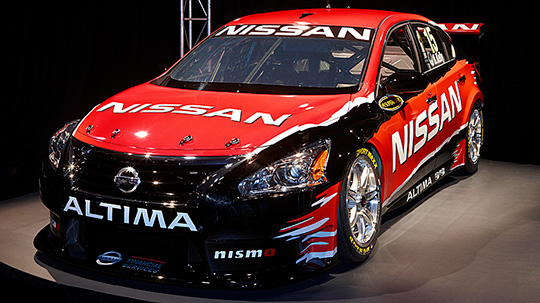 Made possible by the Car of the Future scheme (designed to make the series more attractive to manufacturers and sponsors), the inclusion of Nissan as well as that of the privately funded Stone Brothers Racing/Erebus Racing three-car Mercedes-Benz E-Class team, represents a significant shake-up of the V8 Supercar era – the end of a Ford/Holden duopoly that has existed for two decades. 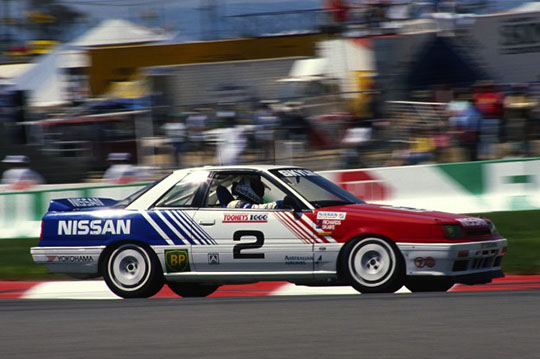 The old nemesis is making a return…

Perhaps more significantly for Nissan, the unveiling brings an end to its 20-year exile from the series.

Despite many people thinking it’s always been Ford vs Holden, that rivalry has only existed since 1995.

Since its beginnings in 1960, when it was known as the Australian Touring Car Championship (ATCC), there have been many different types of cars that have entered and won the Championship, including Jaguar, Chevrolet, Mazda, BMW, Volvo and Nissan.

And Nissan’s involvement in the Championship is significant…. 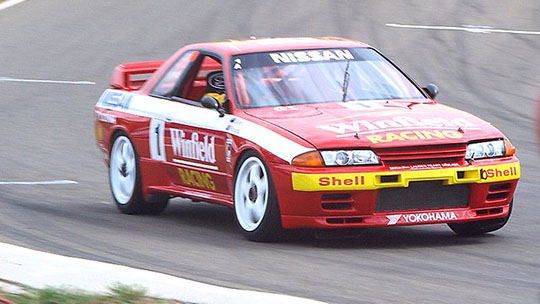 Competing as a works team until 1992, it ran the formidable Bluebirds and Skylines before dominating the series between 1990 and 1992, claiming three consecutive titles with the mighty turbo-charged, all-wheel-drive GT-R – affectionately known as ‘Godzilla’. Laying waste to Holden and Ford’s front-engine, rear-wheel-drive dinosaurs, Jim Richards took the title in 1990 and 1991, while Mark Skaife won in 1992 despite a boost pressure reduction and a 100kg weight penalty. Skaife and Richards also combined to win the 1991 and 1992 Bathurst 1000 races, the GT-R becoming the first Japanese car to win the event and setting a top-speed record in 1991 that wasn’t matched for nine years.

Unfortunately for Nissan, the GT-R’s dominance played a part in the rules being changed from international Group A to a locally derived formula which required all entries to be 5.0 litre V8s from 1993. The GT-R was a victim of its own success and Godzilla was famously ousted from Australian touring car racing. Fittingly, Jim Richards drove the #1 Gibson Motorsport-run Nissan to victory in its last appearance at the Adelaide Formula 1 support race, going out with a final roar.

Although not a factory-backed effort, Nissan did make another appearance in 1998, with a Primera from the British Touring Car Championship entered in the two-litre Super Touring, AMP Bathurst 1000. Drivers Steven Richards and Matt Neal brought the RML-developed Team Dynamics entry home in second place after starting on the front row.

Now twenty years after its ostracism, Nissan makes a return to top-level touring car competition in Australia to do battle with Holden and Ford once more.