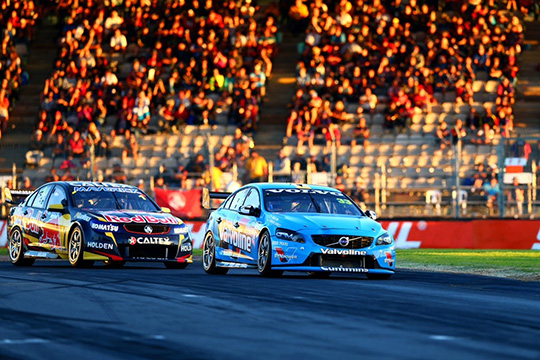 It was one of those amazing, action-packed last lap encounters that, fortunately, we seem to be blessed with more of in V8 Supercars than most motorsports – a truly brilliant moment as 2013 rookie Scott McLaughlin prevailed against five-time championship winner Jamie Whincup in a monumental scrap for second place in race two of the Clipsal 500.

The roar of the 80,000-strong Adelaide crowd as the last turn battle played out, was just incredible. However, just a few moments later, these memorable scenes were soured as Whincup took to the podium to receive his third-place trophy to the sound of jeers from the grandstands.

All Whincup was guilty of was simply doing what he knows best, what he’s done for the past eight seasons with Triple Eight – fighting until the chequered flag falls (and indeed until the final flag at the last round in Sydney). This determination and passion to win will have been instilled into Jamie from an early age and likely intensified when he was dropped at the end of the 2003 season by Garry Rogers Motorsport after only his first season in V8 Supercars.

It’s that will to win, that gave us such a battle to the finish and Whincup should be applauded for his part in it. Taking nothing away from Volvo’s remarkable return, I wonder if Whincup hadn’t charged McLaughlin down and traded places with the young Kiwi, would McLaughlin’s finish have provoked such a response?

So, it was even sadder to then hear the jeers when Whincup got a drive through penalty and then again when he crashed out in the third race. Just the previous day, he took out the first race and the crowd was cheering! 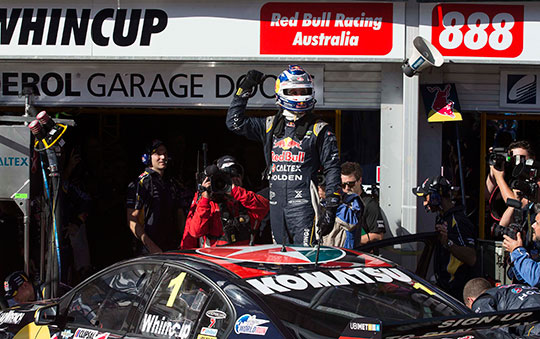 Okay, so not acknowledging McLaughlin’s drive and saying that “The crowd’s happy, that’s the main thing,” in his post-race interview may not have been the wisest choice of words, but he later went on to commend McLaughlin, saying: “We did a good job and I’d like to think I was a part of making the race exciting at the end. I wouldn’t be a racer if I was happy with the end result. We pushed hard for second but didn’t quite get there.”

He also went on to take full responsibility for hitting Caruso. Like McLaughlin, his comments were an emotional response, albeit the opposite side of the emotional coin.

Personally, I saw someone who knows he made a mistake and knows he could’ve done better.

Whincup could have chosen to play it safe and simply finish the race, but that’s not his style. On the brink of lifting his fifth title at last year’s season finale, Whincup needed only to finish 21st or better regardless of where title rival and team-mate Craig Lowndes finished in the final race.

That dogged determination to be the best however shone through and Whincup threw caution to the wind, taking the fight to his rivals – the most fitting way to cement his status as a V8 Supercars great.

I also heard the booing likened to the “Vettel effect” as it’s become known – booing when one driver dominates for any period of time. Yes, Whincup has won the last three championships in succession, but unlike Vettel, they’ve been anything but processional. The New Generation V8 Supercars tightened the field more so than ever in 2013 and saw Whincup’s dominance challenged. He may have won 11 races in 2013, but there was a record 17 different drivers from eight different teams won races. Whincup also failed to qualify in the top 10 on six occasions.

I’m going to leave you with something Whincup said after winning that record-equalling fifth V8 Supercars title. This stuck with me when I read it and I feel it’s as appropriate now as it was then.

“I had the championship in the back of my head, but I just couldn’t help but race.

“I did think of the team [after the contact]; I thought this is probably the best scenario, but at the same time I thought of all the people who paid 100 bucks each to get in the gates.”