There’s no let up for the V8 Supercars this weekend with back-to-back events seeing the field return to action again for the Winton 400 at Winton Motor Raceway.

A two hour drive North of Melbourne, Winton Raceway is located ten minutes from the city of Benalla in Northern Victoria. The rural circuit is the home test track for more than half of the teams in the championship.

This year is the 27th time the ATCC/V8Supercars Championship has competed at Winton since the first event was held in 1985.

In 2013, Nissan Motorsport claimed its first race win in its return season to top-level Australian touring car racing. The Norton Hornets of James Moffat and Michael Caruso took Saturday honours in a historic 1-2 finish, but the victory was overshadowed by V8 Supercars’ trial of an E70 fuel blend in the two Altimas. The factory Ford and Holden teams were the victors in Sunday’s two races with Mark Winterbottom and James Courtney finishing on the top step of the podium respectively.

With the tight turnaround between Tasmania and Winton, the Queensland-based teams have been unable to return to their workshops to restock spare parts. Instead they’ve been working on the cars at the track, with an extra day at Symmons Plains before heading back across Bass Strait and up the highway to Winton. Erebus Motorsport, however, has had the luxury of basing its V8 Supercars at the Erebus GT workshop in Melbourne since the Grand Prix, with the cars and the crew expected to return to Queensland post Winton.

Teams this weekend will be looking to overthrow Red Bull Racing Australia after its clean sweep in Tasmania. Jamie Whincup claimed all three Pole positions, taking him to 55, two short of the late Peter Brock’s record of 57. Whincup also won both Saturday races, despite an incident with teammate Craig Lowndes in the opening race of the weekend. Lowndes bounced back on Sunday taking a commanding victory in the 200km race to keep him top of the leaderboard over Whincup by 70 points.

At the Tasmania 400 Erebus Motorsport’s Will Davison equalled the outfit’s highest finish taking fourth position in the Sunday race. Teammate Lee Holdsworth also had a strong weekend with the pair sitting 12th and 13th in the championship respectively.

Despite 17 of the cars in the championship using Winton as their test track, only Lucas Dumbrell Motorsport and driver Russell Ingall have done testing there since the beginning of the new season, opting for a test day on the Monday following the official V8 Supercars test at Sydney Motorsport Park. 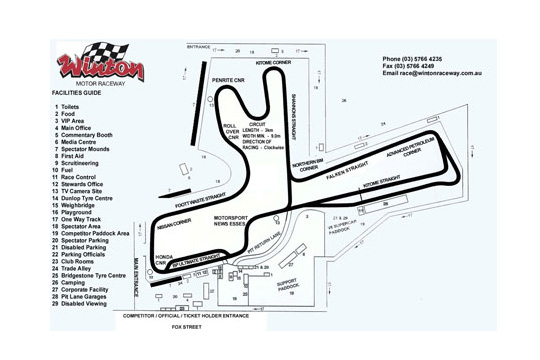 Winton is the slowest circuit on the championship calendar, noted for its tight and twisty layout. Over the three kilometre distance, there are 12 corners, separated by short straights. The cars reach the maximum speed of 225km/h along pit straight, with the average speed sitting at 131km/h.

The nature of the circuit makes Winton one of the easiest tracks on brakes, but the high number of second gear corners mean teams will require a car that can look after its tyres well. Winton is one of the rare tracks where front tyres wear out as much as much as the rears. With the loss of grip in the front, it affects the turn in of the car and the braking performance. Combining this with a loss of rear grip, the high degradation can make this a difficult circuit in terms of strategy. 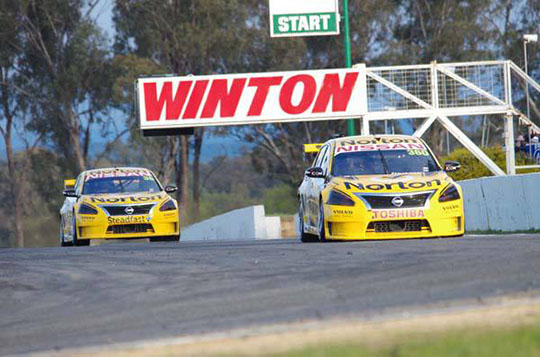