The V8 Supercars head to Australia’s Southern-most state this weekend for the third round on the 2014 calendar, the Tyrepower Tasmania 400.

Located 15 kilometres from the city of Launceston, Symmons Plains has held V8 Supercar (and its predecessor Australian Touring Car Championship) events for 40 years.

Symmons Plains will see the introduction of the Super Sprint format which will be depolyed across seven events this season. Super Sprint rounds comprise of three races with the total race distance covered for the weekend 400 kilometres. On the Saturday of the meeting, drivers will contest two 100 kilometre races, with back to back ten minute qualifying sessions used to set the grid. On the Sunday, there will be a single 200 kilometre race with fuel and tyre stops preceded by a 20 minute qualifying session in the morning to determine starting positions.

Following the restart incident at the Clipsal 500 where Jason Bright’s car was left severely damaged, the V8 Supercars Commission has made several key changes to the Safety car restart procedure to avoid the carnage seen on the Adelaide streets.

2013 saw a Brad Jones Racing clean sweep with Fabian Coulthard claiming victory in the 60/60 race on the Saturday and the final race on Sunday. Stable mate Jason Bright took the other race win. Coulthard looks to be in good form again, placing fourth overall in the MSS Security Challenge at Albert Park behind Volvo’s Scott McLaughlin, Craig Lowndes and Nissan’s Michael Caruso. He’s also sitting second in the championship 52 points behind Lowndes.

Shane van Gisbergen, a further nine points behind Coulthard is also lurking as a huge threat in the early stages of the championship. Tekno Autosports downsized in the off season to a single car team and is showing strong form straight out the blocks. Van Gisbergen clean swept the first three races at the Albert Park event and looked untouchable until a broken front anti-rollbar slowed him in the final race, dropping him to 14th place. He ultimately finished the weekend in fifth and will be looking to make amends in Tasmania. 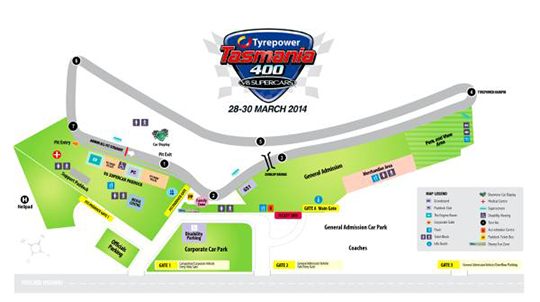 The Symmons Plains track is not only one of the shortest on the V8 Supercars calendar, with the lap completed in under sixty seconds, it also boasts one of the slowest corners in the championship. The hairpin at turn four is tackled at an average of 60km/h and provides one of the best passing opportunities on the track, with the other coming two corners later at turn six. The shorter circuit length makes it easier for drivers to be lapped when they come in for their pit stops. If they elect to pit when the leader doesn’t and they’re more than ten seconds behind at the time they enter the lane, it’s highly probable that the leaders will pass while the driver is stationary. This was best illustrated in 2013 when Craig Lowndes was forced to pit with a damaged tyre in the first half of the 60/60 sprint and under the rules at that track he started the second half of the race a lap down and remained in that position until the completion of the race. 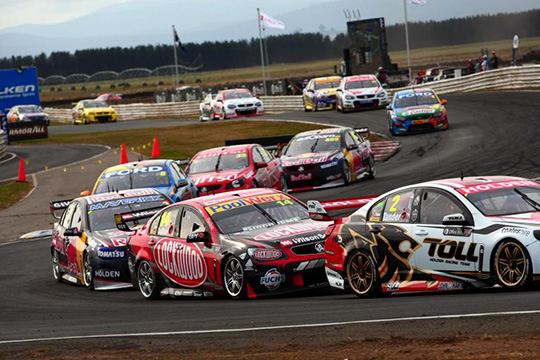