The V8 Supercars head out west this weekend for round five of the Championship and the season’s fourth Super Sprint, the Perth 400 at Western Australia’s Barbagallo Raceway.

Located at Wanneroo, 50 kilometres north of Perth’s CBD, the circuit was opened in 1969. It has hosted Australian Touring Car Championship / V8 Supercars events annually since 1978, missing only a single year in 2010, while the first stage of the circuit’s planned upgrades took place.

A new in-field pit lane complex, medical centre, improved lighting and new safety fences at three corners of the racetrack were all part of the State Government-funded upgrade, but plans to include an additional section on the northern side which would almost double the length of the existing circuit have been put on hold until all other upgrades have been completed. 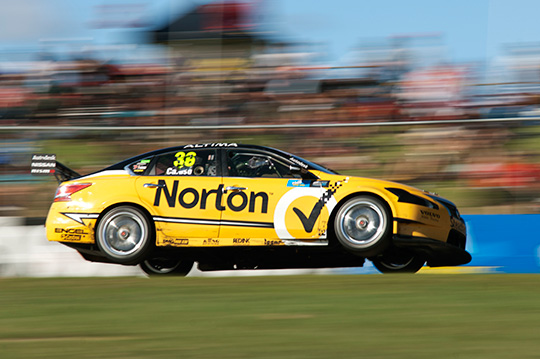 The seven-turn 2.42 km circuit presents a high-speed and short lap-time of less than a minute, but its abrasive surface, sandy outfield, low grip levels and long corner length make it one of the hardest circuits on tyres on the calendar, and a difficult track for nailing the perfect set up. Qualifying is critical. The track features three key overtaking areas, into Turn 1, Turn 6, and the final corner, Turn 7, which follows on from the hardest braking area of any circuit in Australia.

“It is hard to tune the car for the races and qualifying as they call for two very different set-ups. Also the layout only offers a couple of passing opportunities so, if your car is strong in the passing zones, it makes a huge difference.”

Ford Performance Racing stablemate David Reynolds adds: “Tyre life is one of those strengths and we will certainly be relying on that this weekend as success in Perth is largely down to how well you look after your tyres.

“You also need to need to get set-up and driving style just right to counter the wear issues so it is a real challenge.”

Since 2008, just two teams have dominated the races, winning 13 out of the last 14. Triple Eight Race Engineering has claimed seven wins,while Ford Performance Racing has taken six. Brad Jones Racing remains the only team to break the stranglehold with Jason Bright taking victory in the Saturday race of 2011. 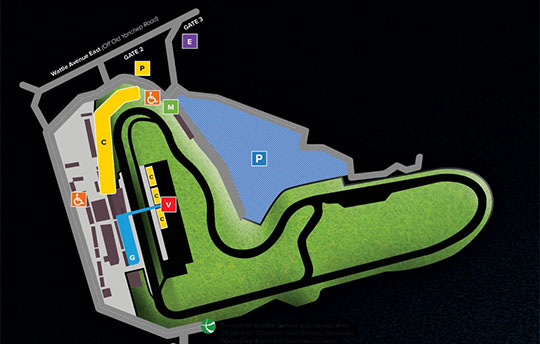