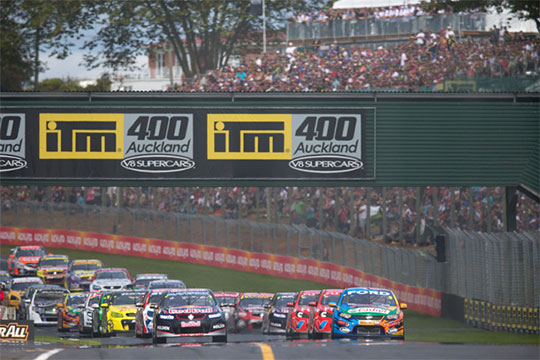 The V8 Supercars Championship embarks on its one and only overseas trip of 2014 this weekend, crossing the Tasman Sea to New Zealand for the ITM 500 Auckland at Pukekohe Park Raceway.

The fourth round of the season sees the V8 Supercars challenging for Championship points over four races. In a first for the Series, a race will be held on ANZAC Day (a national day of remembrance in Australia and New Zealand).

The weekend’s schedule is a unique format with the cars taking to the track on Friday afternoon for just one practice session ahead of qualifying and a single 100km race. The remainder of the ITM 500 Auckland weekend will conform to the Super Sprint rules as seen in the previous two rounds at Symmons Plains and Winton Motor Raceway, with a pair of 100km races on Saturday, and a final 200km encounter on Sunday – the longest race held at Pukekohe in its eight-season history at the track.

Located approximately 40 kilometres south of Auckland on the North Island of New Zealand, V8 Supercars first raced at Pukekohe circuit in 2001, returning each year until 2007, when the New Zealand race was switched to the now defunct Hamilton Street Circuit.

The Series returned to Pukekohe last year when it was revealed that Hamilton would not be renewing its contract with the V8 Supercars. An upgrade was unveiled for Pukekohe Park Raceway ahead of the V8 Supercars return with over six million dollars pumped into the project to bring the venue up to FIA category two standard.

The upgrade works included the addition of three new corners designed to break up the back straight and slow the approach speed to the hairpin at what is now turn eight, increasing the track length from 2.84 km to 2.91 km. The pit facilities were also upgraded and new buildings and grandstands were completed. Safety was also improved around the track with debris fencing previously purchased for the Hamilton event relocated to Pukekohe. 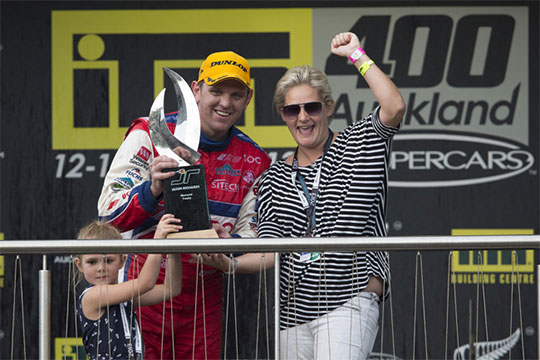 In addition to championship points this weekend, all drivers are racing for the Jason Richards Memorial Trophy, awarded to the driver with the best combined results over the race weekend. First awarded in 2013, the trophy is named in honour of New Zealand driver Richards who passed away in 2011. Fittingly, it was close friend and former teammate of Richards at Brad Jones Racing, Jason Bright, who claimed an emotional victory in the final race becoming the first driver to take home the trophy. 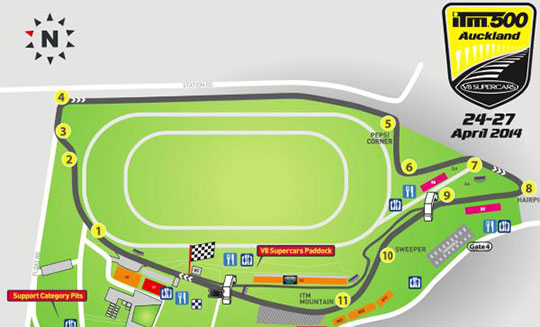 The Pukekohe circuit is designed around a horse racing track as with Melbourne’s Sandown Raceway. Motor racing has been held at Pukekohe since 1963, and is widely regarded as the spiritual home of New Zealand Motorsport.

“It has one of the slowest corners of the season, it has a couple of fast sweeping corners, like turn one and the last pair,” said Kelly.

“Obviously there are a couple of new corners in the complex over the back of the circuit, which has a new and really high grip surface.

“From a setup point of view it’s very difficult to get a car setup that favours all of those different elements, which is a really good challenge.”

Tyre preservation is key at Pukekohe, as evidenced by a number of tyre failures last year, with the worst failure causing the left rear of Mark Winterbottom’s Falcon to be torn off after the tyre exploded.