With just two rounds left to run in the 2013 V8 Supercars Championship and 600 points up for offer, the focus shifts this weekend to the Phillip Island Grand Prix Circuit for the Sargent Security Phillip Island 360.

With the Pirtek Endurance Cup run and won, the V8 Supercars now shift back into sprint mode for the final appearance of the 60/60 sprint format.

V8 Supercars last visited the circuit in May of 2012 when Ford Performance Racing completed a clean sweep, with Mark Winterbottom winning on the Saturday and Will Davison taking the honours on Sunday. While the Ford duo have form at the track, history shows that Craig Lowndes is the man to beat. With a total of eight wins at the Victorian track, his record is second only to Mark Skaife. Lowndes also leads the Championship with teammate Jamie Whincup only six points behind, while Winterbottom is sitting third, 88 points adrift and Will Davison in fourth, 121 points off the lead.

From 2008 through to 2011, the Phillip Island track played host to the pre-Bathurst endurance event, the Phillip Island 500, and the wins were split evenly between the Holden Racing Team and TeamVodafone, with two wins each before the race returned to its traditional home at Sandown in 2012.

The circuit has been resurfaced since the V8 Supercars last visit and after tyre dramas with the Moto GP event in October, V8 Supercars and tyre supplier Dunlop opted to complete testing at the track using the Holden Prototype car with Nick Percat at the wheel. Percat simulated race runs to test the durability of the tyre on the new surface and all the data generated was shared among the teams to assist in their preparation for the event. 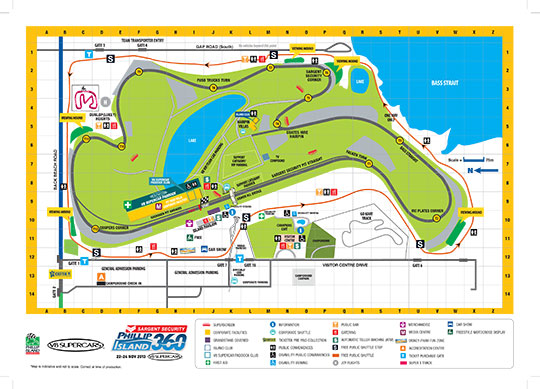 Phillip Island has a rich motor racing history. The first racetrack, a road circuit opened on the Island in 1928. The 10.6km boasted four turns and was utilised for racing until 1935. A modified track, shortened to 5.3kms, was used between 1936 and 1940.

The ‘modern’ circuit, located two kilometres from the original track was opened in 1956. In 1960, it hosted the Armstrong 500, the production car race that was the beginnings of the endurance formats we know today. The 1962 race however, caused extensive damage to the circuit and with the owners unable to finance repairs, the race was moved to the Mount Panorama Motor Racing Circuit in Bathurst, New South Wales. Continuing damage to the circuit saw it closed in 1978, and it remained closed until 1989.

The current circuit is fast and flowing boasting 12 turns across the almost four and half kilometre track. Gardener Straight is the fastest section of the circuit, leading past the pits and down towards the right-hander at turn one and into the sweeping left-hander at the Southern loop. The run down through turns three and four has arguably the best view of any section of racetrack in Australia, overlooking Bass Strait. 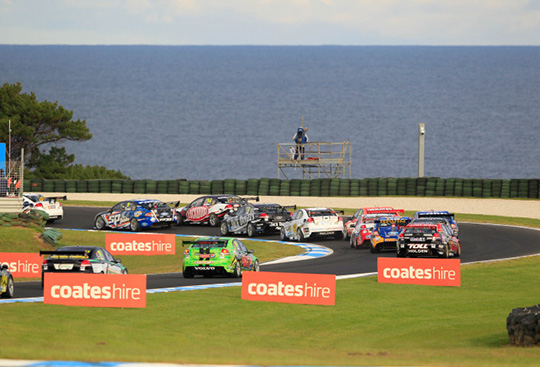