The V8 Supercar show makes its return to Queensland Raceway this weekend for round eight of the Championship, the Coates Hire Ipswich 360.

A mainstay on the calendar since 1999, the circuit has played host to a number of different formats in that time, This year the Queensland Raceway event sees the return of Saturday’s 60/60 Super Sprint race, followed by two 100km races on Sunday.

In its first two years of operation, Queensland Raceway hosted two Championship events – a sprint round and a pre-Bathurst, 500-kilometre endurance race, then known as the ‘Queensland 500’, before the event switched back to its traditional home at Melbourne’s Sandown Raceway in 2003.

Queensland Raceway also serves as the home test track for the Queensland based teams – Red Bull Racing Australia, Erebus Motorsport V8, Dick Johnson Racing and Tekno Autosports. The home track advantage has served the Queensland teams well with all but one race in the past four years won by a Queensland-based driver. 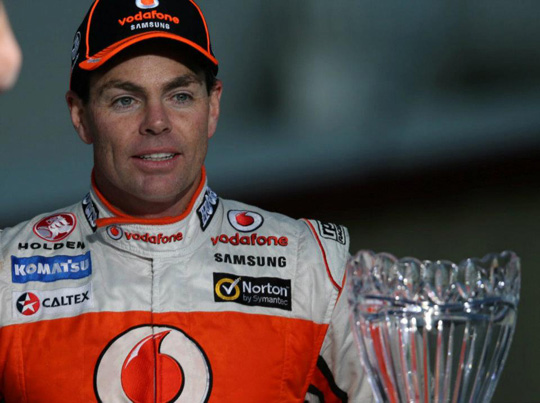 Red Bull Racing Australia’s Craig Lowndes has been the form driver of the past two years, winning the last five races in a row, taking his wins at the track to a record eleven, over double that of the second-placed driver Holden Racing Team’s Garth Tander on five wins.

Of the twenty eight driver field, only three have completed every event held at the circuit since it was added to the calendar in 1999, Lowndes, Tander, and Supercheap Auto Racing’s Russell Ingall. Todd Kelly (Jack Daniels Racing) has missed only one event, the sprint round in 2000.

This week after months of doubt the Queensland Government has announced funding to keep the V8 Supercars racing at Queensland Raceway for the next three years. Funding has also been extended for the Gold Coast and Townsville events. 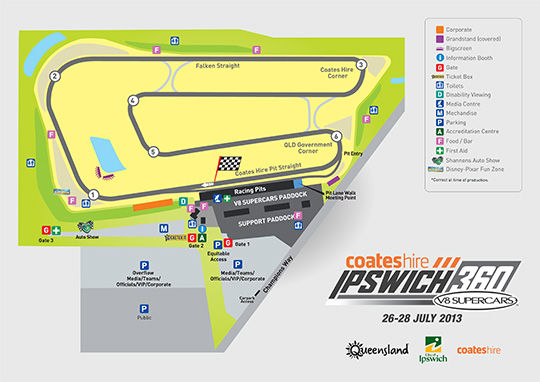 Nicknamed ‘The Paperclip’ for its simplistic six corner design, the circuit was resurfaced at the end of the 2011 season flattening out a lot of the infamous bumps, and in August last year the V8 Supercars had their first run on the new tarmac.

Best spots for passing on track are at the Turn three hairpin and the left-hander at Turn four.

The high heat and humidity also make tyre wear a factor, and effectively managing tyres across the course of the weekend will be critical to success.