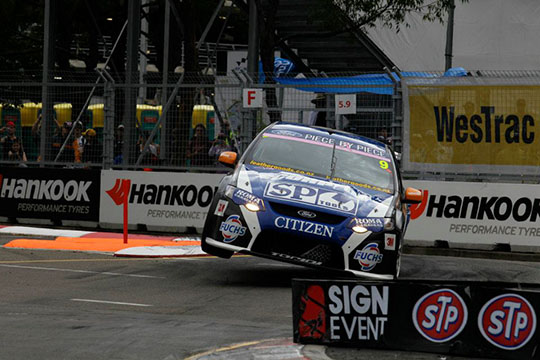 With 14 rounds done and 28 gruelling races completed (plus a further one non-Championship event of four races), the V8 Supercars head to Sydney this weekend for the 2012 season final showdown – the Sydney Telstra 500.

And there’s certainly no let up. Set around the streets of the Homebush, the Olympic Park complex, this is one of the toughest street tracks on the calendar.

In its short three-year history, there have been six different winners over the six 250km races in the Sydney Telstra 500 and a total of 13 different drivers finishing on the 18 podium positions available. Dick Johnson Racing is the only team to have won multiple races – with Courtney in 2009 and Webb in 2010.

Lucky for Jamie Whincup he’s already claimed this year’s title. Having never won here and only achieving a best finish of fifth, the Sydney Telstra 500 seems to be a real bogey event for him. But while results won’t impact on the championship outcome, it’s certainly all to play for in the fight for second place. Just 63 points separate Mark Winterbottom (2nd) and Craig Lowndes (3rd) with 300 points up for grabs across the two races. Lowndes is looking for his fourth career runner-up result, but Ford Performance Racing’s Winterbottom, runner-up in 2008, is hoping to spoil the party and prevent TeamVodafone from taking a second successive one-two in the driver’s championship.

The 2012 Sydney Telstra 500 also marks the end of an era for V8 Supercars. The two races will be the last under the current technical regulations (brought in 1993) before the ‘Car of the Future’ is introduced for next season. The arrival of Nissan and AMG-Mercedes also brings to an end the most enduring rivalry in the history of the sport, that of Holden and Ford, the only two manufacturers battling for on-track supremacy for the past 20 years.

First constructed four years ago, the demanding 13-turn lap winds its way around Sydney Olympic Park. High-speed and low-speed sections, 90-degree corner complexes, chicanes, kerbs, camber changes and both the widest and narrowest pieces of road on the calendar, the bruising street circuit is a real challenge for the drivers with an average finishing rate of just 65.7%. 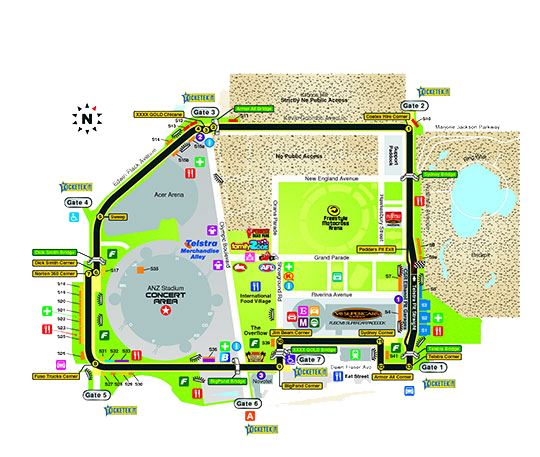 Tyre Allocation:
Each car has been allocated six sets of hard compound tyres for the weekend. An additional two sets of pre-marked hard tyres may also be brought for practice.