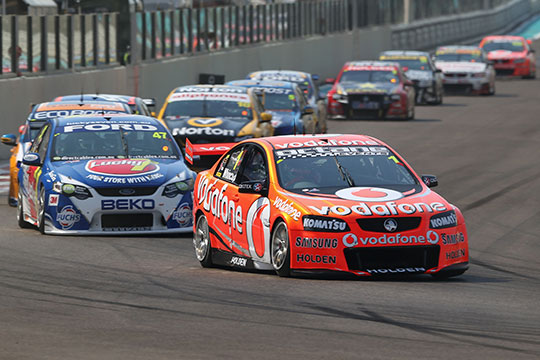 Abu Dhabi 2012 was a record-breaking round in many respects – but it was a very special weekend for Holden.

Three race wins from three starts over the weekend in Abu Dhabi, not only added to Jamie Whincup’s commanding lead in the V8 Supercars championship, but also meant a 16th victory in the 30-race season for Holden and with it, a third consecutive Manufacturers’ Championship (presented for the most race wins in a season) with two rounds still to go.

Perhaps, the most significant milestone reached though was Holden’s VE Series Commodore becoming the first car to win 100 V8 Supercars Championship races, a feat never before achieved in Australian touring car racing, making it the most successful individual model of racecar in the 50-plus year history of the ATCC/V8SC. 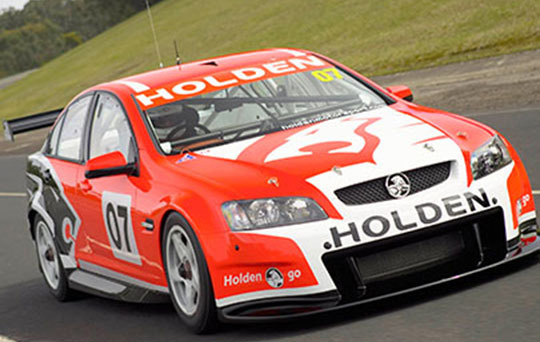 Debuting at the start of the 2007 season, the Holden Commodore VE /VE Series II won its first eight straight races, the first with Todd Kelly at the wheel for the Holden Racing Team [HRT] at the Adelaide Clipsal 500, before going on to win a total of 25 races that year.

Win number 50 came in 2010 in the second leg of the Clipsal 500, courtesy of HRT’s Garth Tander. The record for the most wins occurred the following season with its 64th victory in the hands of Jamie Whincup, again in the second leg at the Clipsal 500. This beat the earlier record of 63 wins set by the Holden VT Commodore. TeamVodafone’s Craig Lowndes then wrapped up win number 75 in a three-race clean sweep at Queensland Raceway in 2011.

Of the Holden Commodore VE drivers’ since 2007, Tander has been the most successful with 35 race wins, followed by Whincup (30) and Lowndes (13), while the track at which the VE Series has won its most races is Queensland Raceway at Ipswich (9 wins).

The VE Series Commodore has also made history at Australia’s most iconic racing circuit, Mount Panorama, Bathurst, with four straight victories (2009-12) – yet another record.

The VE’s longest winning streak was 11 straight races this season, starting from Race 12 at Darwin’s Hidden Valley in June and continuing through to Race 23 at Surfers Paradise in October.

“At Holden, we are extremely proud of the VE Series Commodore’s on-track success, with 100 championship race wins and four straight Bathurst 1000 victories its achievements are unsurpassed in Australian touring car history,” McNamara said.

“These results would not have been possible without the efforts of key personnel such as (former Holden Motorsport Manager) John Stevenson and Holden Motorsport Technical Manager Peter Harker, along with the meticulous preparation and attention to detail of Holden’s teams and outstanding on-track performances of our drivers.”